By now some of you will be melting under the weight of Coupe D'Antibes success and creating space on the shelf for the trophy. Many thanks again to Kerry for her cheerful and efficient organization of the contest!
The members and friends who attended our end-of-year event welcomed the sun (between clouds), enjoyed Kir royal (champagne and sirop de cassis) and then shared picnic fare as well as an occasional glass of wine.

(The winners of the Coupe seemed to think that their 'no-wine-today policy’ was the key to their success!) Our BYO picnic was easy to organise and 'sharing the cakes' was very popular, with a particular 'strawberry cake' a real hit. (The berries were from the garden, but we would love the recipe, please.)
There were 26 competitors in the pétanque competition and while the regular players had been honing their skills over the past months, the finals were contested between the S Car Go (Bruce Gaunson and Neil Porter) and the Gee- Gees (Greg Welsh and Gabriel Roberts).     One of the semi-finals was an all male game, between S Car Go and Tanna Exploders (Ray Coutts-Smith and Pete Smith), which witnessed much sledging and cheering, amid numerous measurements. (Gives cricket sledging something to aim for.) Since last year, our players’ skill on the 'grassy pistes' has improved and caused a few to fall down,  once they moved over to the compacted sand courts.
The Canberra Boules group contacted us and was bitterly disappointed not to be able to participate this year, but they assured us they would like a return visit from our group in Canberra. Maybe we will have a formidable group to play next year, as both interest and skills seem to be constantly improving. 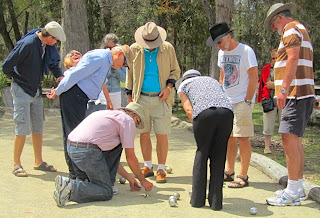 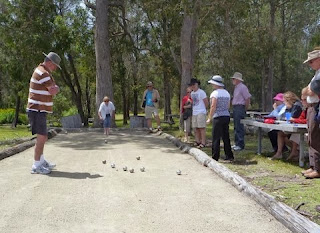 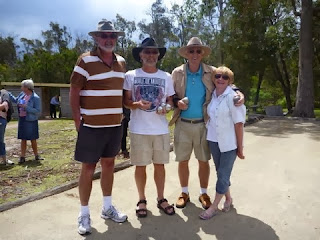 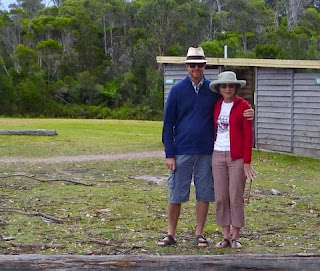 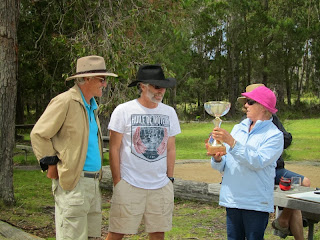 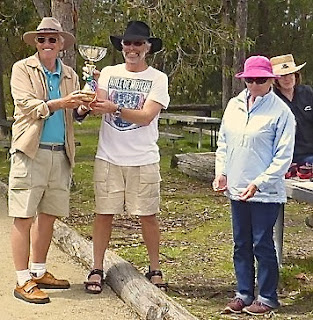