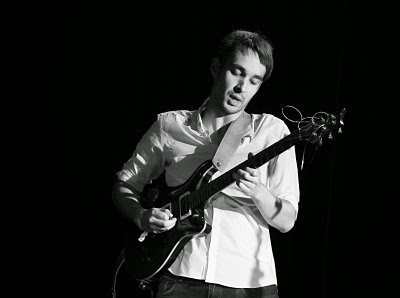 Alex Stuart will return from Paris to Bermagui in October as part of the Australian tour to launch his new album, Place to Be. Zephyrs grabbed this opportunity to invite him back, following his 2012 sell-out concert here. This time he will play in Four Winds’ stunning new Windsong Pavilion.

The Australian tour follows Alex’s album launch at Paris’s famous Sunset Club. Place to Be has received enthusiastic reviews in France since then, including: ‘Balanced to perfection … one of the best jazz albums of the year … 5 out of 5 stars’ (Nouvelle-Vague) ‘An absolutely superb album … music that shimmers’ - (French national radio station France Musique) ‘A compact, virile and integrated group sound. … the musicians come together with talent as a collective project’ (Jazz Magazine) ‘This brilliant Australian guitarist/composer … has released a rich, original and powerful opus’ (Guitar & Bass Magazine) ‘Very fluid modern jazz …18/20’ (Hifi Vidéo) In Australia, ABC Jazz made it a ‘Feature Album’ and The Australian's John McBeath gave it 4 out 5 stars.

Place to Be expresses a spirit of cultural openness, with inspiration found in many places including the jazz tradition, contemporary jazz, African and South American grooves, rock and ‘post-rock’ music, Indian and Balkan music, the sea and surfing, the varied cultures and lifestyles of Paris's 19th arrondissement and much more. This album marks another big step in his musical evolution.

Alex will tour with four award-winning Australian jazz musicians as a quintet:

Julien Wilson – saxophone.   Julien has many achievements, among the latest being the first person to win three concurrent Bell Jazz Awards. He played in Alex’s band during his 2012 tour.

Miroslav Bukovsky – trumpet.  Miroslav is one of our leading jazz trumpeters, band leaders and composers and has won many awards and competitions, including an ARIA Award for Best Jazz Album.

Jonathan Zwartz – bass.  Jonathon is one of Australia’s top jazz bassists and has won Bell and other jazz awards for his playing and compositions.

James Hauptmann – drums.  James Hauptmann is one of the country’s most in-demand jazz drummers and is in the ARIA Award winning band ‘Bluejuice’. He was one of Alex’s peers at the ANU School of Music and was the drummer on his first album, Waves. 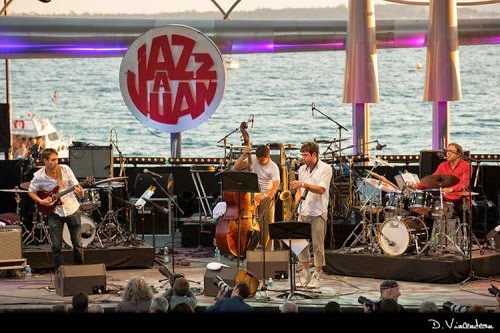 Because he spent much of his youth in the Bermagui area, Alex thinks of it as his ‘second home’. In fact one of Place to Be’s tracks is titled ‘Cuttagee, Wapengo’ – a fond remembering, and anticipation, from Europe. Since arriving in France in 2005 he has built a strong reputation there, especially after launching his 2010 album Around and also winning the coveted 'Révelation' prize at France’s biggest jazz festival, ‘Jazz à Juan’, in 2011.

In Australia Alex has, among other things, played at the Wangaratta Jazz Festival, been nominated for the prestigious Freedman Fellowship and had his albums featured on ABC Jazz and the ABC’s Jazztrack and The Music Show. 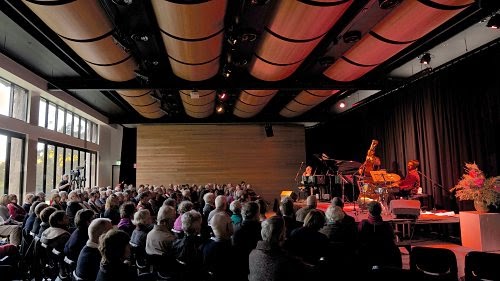 For more information on Alex Stuart and to hear some of his music, go to www.alexstuartmusic.com. View a video of the title track on Place to Be, here. View the Jazz à Juan performance of the title track of his previous album, Around, here. After the concert please join us for a chat with the musicians and other audience members over drinks and fine finger foods (included in your ticket).

To buy tickets please go to our booking page. We look forward to seeing you at the Windsong Pavilion, at the Four Winds site in Barragga Bay, off the Bermagui-Tathra Road just south of Cuttagee Beach.