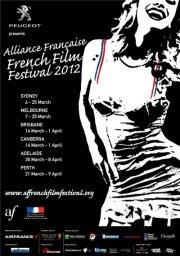 Organised jointly by the Alliance Françaises of Adelaide, Brisbane, Canberra, Melbourne, Perth and Sydney, this Festival is a great opportunity for us to spread and promote the French language and culture in Australia.

Approaching its 23rd sensational year, the festival offers an ambitious national program over 5 weeks including 40+ films - action, romance, comedy, thrillers, children’s films, animation and documentaries - which have been commercially released in France the previous year.

With more than 130,000 national viewers for the 2011 edition, the Alliance Française French Film Festival has become one of the most important film events in Australia and the largest festival of French cinema in the world, outside of France.